Signs of Life on Venus? What We Know So Far

A variety of things have been discovered in this universe, but nothing quite like this. 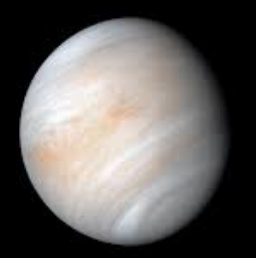 Caption for image: The picture on the right shown the clouds of phosphine forming in the atmosphere of Venus, while the picture of the left is without the clouds.

Just this Monday, the unimaginable has been discovered. NASA has spotted a phosphine cloud in the Venus’ toxic atmosphere.

The likely response from most people reading this is, “Okay….what does that mean?” Well, this spotting on the ALMA radio telescope is huge.

Scientists said on Monday they have detected in the harshly acidic clouds of Venus a gas called phosphine that indicates microbes may inhabit Earth’s inhospitable neighbor, a tantalizing sign of potential life beyond Earth” says Reuters News. The only explanation for a such an abundance of this chemical in the atmosphere is only to have been the direct product of extraterrestrial life; bacteria to be exact.

For the longest time, astronomers have theorized life on planets such as Mars, among other planets, but with this new discovery; they have another planet to consider.

However, some researchers challenge this theory by speculating whether or not this could be a, “result from unexplained atmospheric or geologic processes on a planet that remains mysterious”, The New York Times disclosed.

Although Venus is Earth’s ‘next door neighbor’ and being almost the similar sizes (Venus being slightly smaller), Venus’ thick atmosphere traps in so much heat, the surface temperature of the planet is hot enough to melt lead coming in at around 880 degrees Fahrenheit (471 Celsius).

However, Reuters News reveals, “Some scientists have suspected that the Venusian high clouds, with mild temperatures around 86 degrees Fahrenheit (30 degrees Celsius), could harbor aerial microbes that could endure extreme acidity. These clouds are around 90% sulphuric acid.”

Most scientists don’t know all the ins and outs about what exactly this chemical in the atmosphere means, but regardless, this is a turning point in science that could lead to further findings.