Coronavirus dampens the sporting world, but are we out for the count? 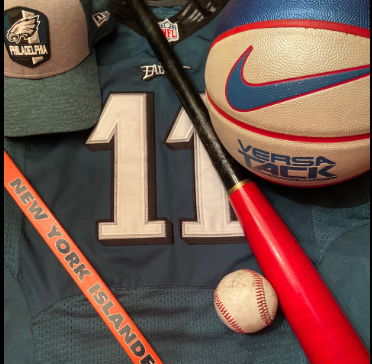 Professional sports have been making a slow and steady comeback amid the coronavirus pandemic.

With America in crisis prevention mode against the virulent Covid-19, the sporting sphere we once knew has been uprooted.

The virus’ first major blow to professional sports in America came on March 11th with the indefinite suspension of the NBA season. Just a day later, the NHL, MLB, and PGA all followed suit, suspending or postponing their seasons’ events as precautions against the global pandemic. It felt as if in one instantaneous wave the world of sports entertainment had ceased.

With sporting fans across America locked in their homes, re-watching memorable moments from games of the past, the prospect and hope for the exciting possibilities of a new season began to waver. The nation as a whole began to wonder if professional sports as we knew it would come to a screeching halt for the foreseeable future.

On July 23rd, the first league in America resumed its season amidst worldwide uncertainty. On this day, the MLB reignited the flame of professional sporting with a Monday night special between the Washington Nationals and New York Yankees. Since that highly anticipated evening, sporting events around the nation began to reemerge. The NBA season was resumed on July 30th, then followed by the reinstatement of the National Hockey League on August 1st.

A common theme seen throughout each sporting league is a focus on heavy precaution and prevention protocols. Though national sports is again on the rise, many alterations have been made to the leagues’ policies that can make the spectating experience quite different from what it had been before.

A “bubble” system has been put in place for the NBA and NHL, meaning all players and coaches for each league have been stationed in select locations to limit contact to the outside world and prevent the spreading of the virus to players around the league. This form of an isolation zone has worked wonders for the leagues’ safety and continuation in the face of global chaos.

Both leagues are amidst an exciting postseason run, with both the NHL’s Stanley Cup Playoffs and the NBA playoffs being in the Conference Championship stage. For the NHL, the Dallas Stars have made their way through the Conference round to solidify their place in the 2020 Stanley Cup, while the Tampa Bay Lightning and New York Islanders are currently battling for their conference and a trip to the finals. In the NBA, the Miami Heat take on the Boston Celtics for the Eastern Conference, and in the West, Lebron James’ Los Angeles Lakers hope to continue their playoff dominance against the Denver Nuggets.

The MLB has not been as effective with its prevention efforts, having 43 games being postponed due to COVID-19 cases and teams like the Miami Marlins and St. Louis Cardinals suffering a large organizational outbreak. However, America’s pastime is staying strong as the MLB season is continuing and new policies are emerging frequently to save what is left of the 2020 season.

What all professional leagues have in common is their commencement without fans. The aspect of limiting fan attendance is one that not only affects those wishing to attend, but also those watching on TV. It is no question that the atmosphere of even the most important games is severely lacking without the roar of thousands of fans packed in a stadium. Though, in an effort to alleviate the consequences of this precaution on fans at home and on the competitive thrill of the players, the leagues have tried a multitude of ways to simulate the crowd of any regular year. The MLB, NBA, NHL, and the NFL have all used artificial crowd noise to fill the dormant stadiums and anything from cardboard cutouts and virtual suits for fans to experience the game while giving the impression of fans in the stands.

Though the world as we know it has changed in ways none of us had ever imagined, the world of sports has persevered to shine a ray of light on what has been a darkened year. We can now only hope that the days of eating $6 hot dogs in a packed stadium soon returns, but for now, a bag of chips on the couch will do just fine.